This is a Ruger Firearms enthusiast's forum, but it is in no way affiliated with, nor does it represent Sturm Ruger & Company Inc. of Southport, CT.

This Area is for Discussions on All Breeds of Ruger Made Revolvers.

Although, I never had Security Six, I always wanted a nice one, stainless, 6", with scalloped right shield (later production!?): 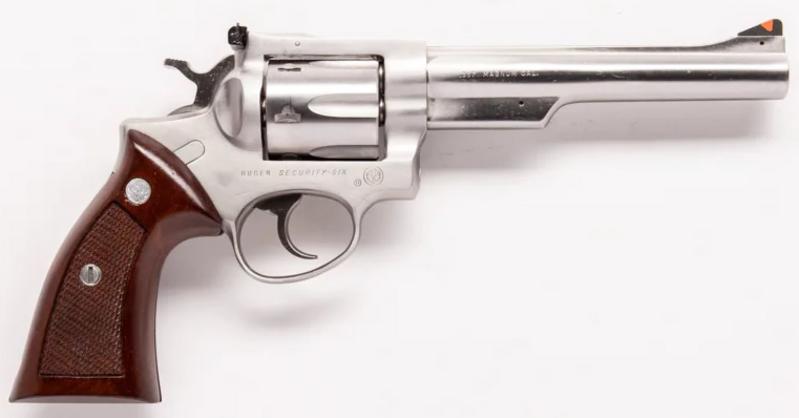 From what I found, this revolver is almost indestructible. Some ranges reported as much as couple hundreds thousand, or even more. rounds without breakage. I doubt that all ammo fired was full power 357 magnum, but even with 38 Special ammo, it's still remarkable durability.

To my disappointment, today i stumbled upon a post on another forum that poured cold water on my excitement about Security Six:

"...One of the major flaws of the Six series was the yoke-mounted gas ring. Bill Ruger was personally aware of this and was known to specify special production of cylinder-mounted gas rings to fill law-enforcement contracts. Of course Dick Baker was aware of it too, and marveled that S&W had changed the 19 from a cylinder-mounted gas ring to a yoke-mounted ring. He realized this was a step backward. One of the first engineering changes he made when he arrived at S&W is to put the gas ring back on the cylinder, redesigning it to address an issue where it would sometimes come loose. This was introduced with the 19-4 and 66-1..."

I searched further and found cross section of Security Six: 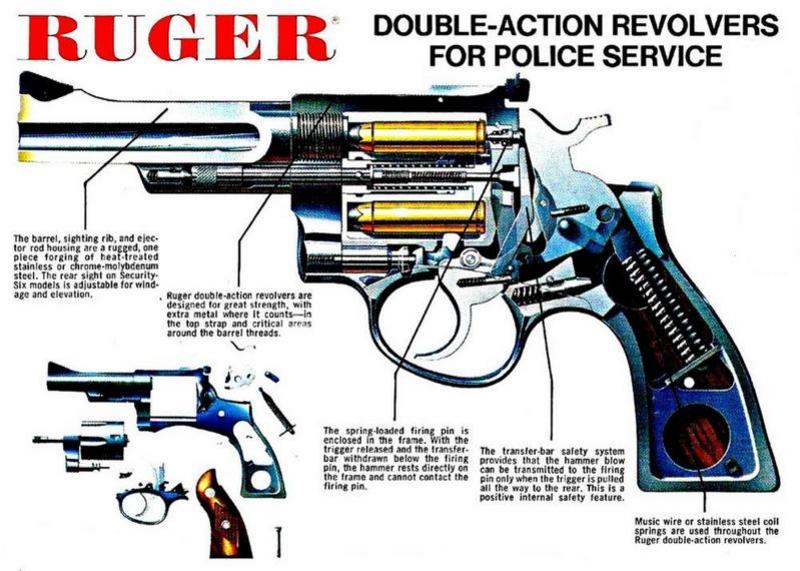 Here are two yokes, one has a groove (not visible on cross section above), other doesn't:

Looks like that right yoke is the same as one on cross section.

Author of above post mentioned lack of cylinder gas ring as a "flaw", and that Ruger did make some revolvers with cylinder with gas ring. I've heard that cylinder without gas ring on Remington 1858 is a substantial issue, but Remington is revolver for a black powder, that has a lot of residue. Security Six is a modern revolver, designed to be used for smokeless powder. The only potential problem I could see IF(!?) derbies from lead bullets and lubricant are getting into cylinder central hole.

Just out of curiosity; are later Security Six models equipped with cylinders with a gas ring?
Last edited by Onty on Tue Nov 30, 2021 12:30 am, edited 1 time in total.
Top

I have been collecting the Six series revolvers (Security Six, Police Service Six and Speed Six) for a LONG time and I have never come across the term cylinder OR yoke gas ring in conjunction with the Six series revolver. I have seen both types of crane barrels but have never heard of any problems with either one. I can also say that I've never come across a Six series revolver with cylinder gas rings installed. Maybe they did for a special contract but if they did I would think that someone, somewhere would have run across one and reported it to the collectors of these fine revolvers.

Sorry, I'm not going to read what the "gentleman" wrote on some forum, don't know what his agenda is nor do I care. But I would not consider the "yoke mounted gas ring" as a major flaw. Mainly because I have not been able to find a "yoke" or "yoke gas ring" as a replaceable part in any parts break down of this revolver. Ruger produced over 1.25 MILLION of these revolvers, I would think that if there were a major flaw in them it would ultimely be common knowledge with the Ruger collectors.

These guns haven’t been in production for DECADES. You’da thunk there may have been internet chatter here and elsewhere before now.

If you break it by shooting it too much I’ll give you your money back on it.

Thanks to both of you!

I had GP100, and have S&W 686-3, 6", but any time I handle or see Security Six, I admire its graceful lines, reasonable weight and, of course, legendary durability. As a matter of fact, I found statements (true or not) that steel used on Security Six was better than on GP100, apparently, showing considerably less erosion on aft side of the barrel when a lot of hot loaded rounds with 110 and 125 grains bullets are used.

Yeah, there is GP100 with half lug, but it doesn't have that elegance and nice lines of Security Six.

Don't know about the S&W's but for the Six series, a lot was the cost to manufacture it that way. Less steps to do something means less cost to the company thus helping keep the cost to the buyer down. That's also why Bill Ruger was an early proponent of investment casting, it kept the costs down and he wanted his guns to be affordable for the average working class person.
Ron
USAF Retired E-8
RCA, ROCS, RENE Member
NRA Benefactor
Top

If Ruger could make hammers like on SBH and Bisley, I cannot understand what's a big deal to make something similar on GP, SP, RH and SRH.

See what could be done on Security Six by skilled smith, https://vicknairgunsmithing.blogspot.co ... erent.html , click on slides in the center, and go to slides #21 and up. Gorgeous work!!!
Top

Actually, I believe that both of those crane assy's have the groove, it does not go all the way around and the two cranes are oriented differently. You can just see the start of the groove at the bottom of the photo

Either way, I have never heard on an issue with the Security / Speed Six in regard to the cranes.

Do the Redhawk, GP-100 etc have the same type of assy? 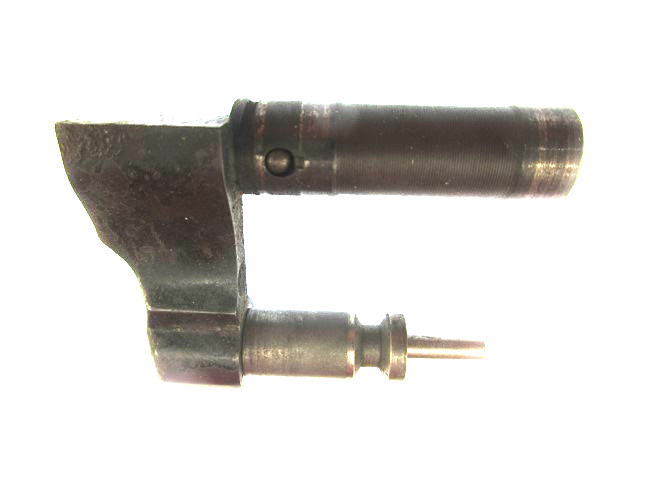